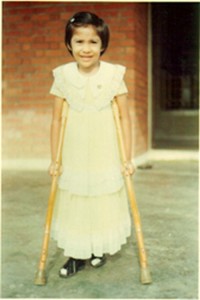 I have been touched so very profoundly by so many people. My doctors who have been looking after me for so many years, 3 in particular who will always have the best and most special place in my heart. Richard Veerapen, neurosurgeon extraordinaire who not with his magical scalpel propelled me on a trajectory which culminated in my PhD but more what he said to a child of 11 who did not grab 5As for the primary school exam (Penilaian Darjah 5) but only managed 4As; he who could not possibly grasp at that time that his pure words to the child that she is incredibly intelligent; that he spoke to her as whole person with worth and he explained with drawings and all, the formation of the spinal cord, would take his kindness with her for every difficult day of her life.

Zaliha Omar; a woman so passionate that her ideas and thoughts sometimes bordered on the insane; much to my mother’s agreement when I was admitted into University College Hospital that only someone as mad as Prof Z would send someone like me to the UK to do a fully based PhD in scientific research. ZO has never looked at her patients as patients; she has always looked at us as her friend, as her allies, as her reason to be on this earth. Her door, her home, her heart has never, not been open. 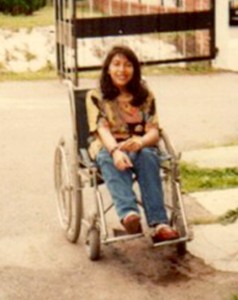 Loh Chit Sin; my Superman. Dr Loh looks like Clark Kent. Honestly, the producers of Superman should definitely consider him for the role. Clark Kent is known for his honesty and perseverance of all that is good. Clark Kent has it tougher than Superman because he has to pretend to not have Superpowers. Dr Loh’s superpowers truly is his immense and unparalled kindness. Had he not been the skilled surgeon that he is, I would not been well enough to survive in the United Kingdom for those 4 years; had he not been the pure-hearted soul that he is; he would not have earned my loyalty and had I not been so impressed, I would not be under the care of someone who always manages to prevent me from getting into trouble medically.

Over the years, I realise that my mates have been put around me to act as the buffer zones of comfort (sometimes Bunsen burner zones) of whom without them, I would not be the person I am today. Gouri, Bi, Ah Leng, Joey, Agent B, Dija, Amah, COP, Firdaus, Noname, Na, Barb, Az- I have been shaped and prodded into what I am by the lessons and unconditional love i have received from you. 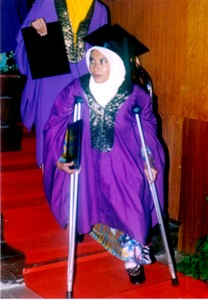 It is I think most difficult for the siblings of those with spina bifida to articulate their love for their siblings because a sibling’s job is mostly to act as the forces which pummels the growth and development of their brother or sister. My siblings are the forces which shaped me primarily into someone who wants adventure; who prevented me from falling into the trap of “a kind world”; because the world is mostly an inhospitable place to be in. My siblings were by all means and purposes, interesting people to grow up with because of their diverse interests in science, economics, sports, cooking and they sucked on the marrow of life with their immense imagination.

I am but a traveller in the ode of life and my life has been profoundly enriched by meeting Nicholas Daniel Edward Greene. PhD supervisor, friend, mentor and mostly ally, in the competitive world of science, Nick or Obi Wan taught me to speak, to articulate myself, to always consider both sides of the scientific argument, to not get ahead of myself even if every iota of fibre in me screams to my obvious conclusions. Nick had been there in a way for me that I do not think others could have been. Immensely patient, ridiculously imaginative, Nick claims to be an atheist. I think Nick’s religion is kindness and intelligence. My mentor has it in spades. One of the most profound things Nick has said to me is that even if he undergoes a lobotomy, he could not forget my name. Good or bad, Nick has made me see that if I want to be a good scientist, if I want to be a responsible scientist, if I want to publish good, responsible science, I must stand in the middle and consider all sides. I have found that this is exactly what Islam demands of its followers, fair-mindedness. 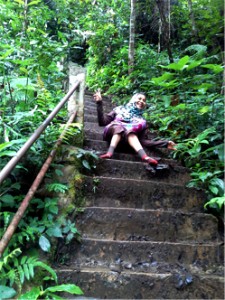 One thought on “Inspiration”